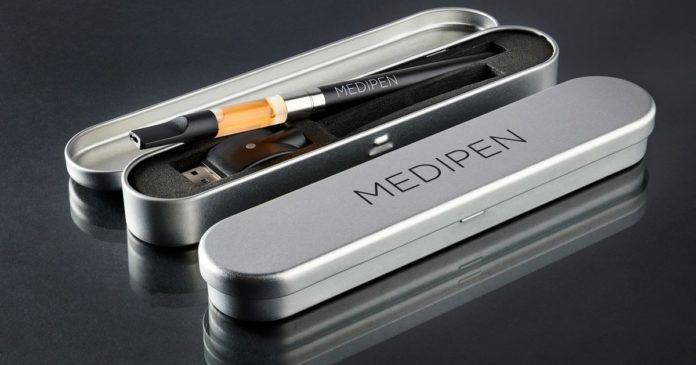 MediPen is seeking to change the way cannabis products enter the market in the United Kingdom by working closely with the National Health System.

MediPen has legally been selling CBD vape pens for approximately one year.  CBD products, unlike THC products, are legal for sale in the United Kingdom.  Many consumers have found relief for pain and anxiety with MediPen and the company’s products have received positive reviews.

The Independent is reporting that MediPen has been working with the National Health Service (NHS) for several months.  Pharmacists from the NHS are helping to ensure the safety and quality of the CBD oil included in the pens.  MediPen feels this is an important step toward building public trust and eliminating negative connotations associated with cannabis.

“Over the past year the MediPen has quickly become without a doubt one of the most highly-rated CBD products in the world,”  managing director Jordan Owen told Independent. “We’ve recently been working very closely with a team of NHS production and regulatory support pharmacists who’ve been able to meticulously our proprietary formulation for both safety and cannabinoid concentration.

“As the first consumer cannabis product to be tested by the NHS, we are confident that this will go a long way towards creating a properly regulated cannabis market in the UK and are extremely excited to see what the future holds.”  He continued.

A report is expected in the future detailing the testing methods and extraction process utilized by Medipen  The report will focus on the quality and cannabinoid profile of the CBD oil used in the pens.

There was a setback in the United States for those seeking a similar relationship between members of the cannabis industry and federal authorities.  Last week, the Drug Enforcement Agency declined an opportunity to reclassify cannabis.  If cannabis was shifted to a Schedule II substance, companies may have been presented with the opportunity work with the Food and Drug Administration to ensure product efficacy and safety.  For the time being, cannabis will remain a Schedule I controlled narcotic, viewed as having the same potential dangers as heroin and LSD.