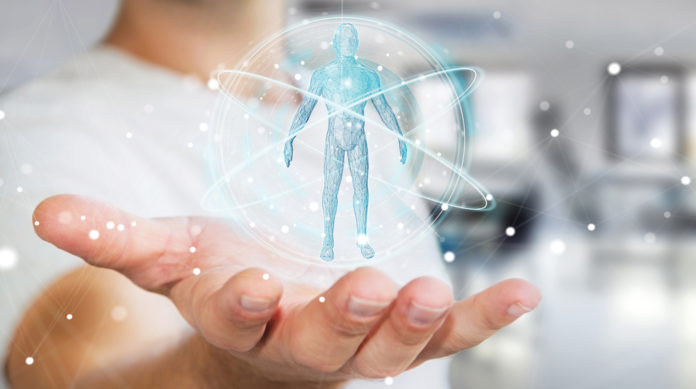 Marketing CBD products presents a quandary. CBD doesn’t cause an altered mental state, so it seems obvious products containing the substance are intended for use as natural remedies or cosmetics. While that may be true, vendors and manufacturers need to be aware making any kind of unproven claims about health or wellness benefits on labels or websites, in press releases, or anywhere else is prohibited by federal regulations.

What to do? The best advice seems to be “do nothing.” Don’t make claims at all, even vague ones or hints, because the legal risk of doing so far outweighs the potential benefits. Even simply claiming a CBD product generates a “calming” effect might trigger trouble.

That makes life tough for marketers, all of whom want to attract consumers’ attention and differentiate their products from competitors’. But talk to just about any lawyer or consultant with experience in these matters, and he or she will tell you when it comes to label claims, “just say no.”

“The FDA will continue to take action when we see the illegal marketing of CBD-containing products with unproven medical claims.”

That said, in the current environment manufacturers and sellers might well get away with a slip—at least temporarily. At the moment, enforcing regulations promulgated under the United States Federal Food, Drug, and Cosmetic Act “is low-priority” for the Food and Drug Administration, according to Daniel Shortt, an attorney who specializes in CBD- and hemp-related law at cannabis-focused legal firm Harris Bricken.

That doesn’t mean the FDA will overlook medical or wellness claims forever. The agency sent warning letters to eight CBD marketers in 2016 and could step up enforcement at any time, Shortt warned. In June 2018, even as the agency finalized approval for CBD-based drug Epidiolex, it also warned four sellers of non-approved products about their marketing.

Epidiolex, made by London-based GW Pharmaceuticals, received the FDA’s blessing as a treatment for seizures associated with Lennox-Gastaut Syndrome and Dravet Syndrome in people two years old and older. The authorization is narrow and specific. Compare it to loose claims some CBD product makers use to market their products: They can cure nausea, anxiety, or cancer. Research has delivered strong indications CBD may help relieve the first two ailments in some cases, but no significant evidence for the third claim exists.

At the very same time it announced the approval of Epidiolex, FDA Commissioner Scott Gottlieb issued a statement saying the agency is “concerned about the proliferation and illegal marketing of unapproved CBD-containing products with unproven medical claims.”

The main worry, Gottlieb noted, is the “promotion and use of these unapproved products may keep some patients from accessing appropriate, recognized therapies to treat serious and even fatal diseases.” He added the FDA will “continue to take action when we see the illegal marketing of CBD-containing products with unproven medical claims.”

The snake-oil aspect of some CBD claims also bothers Shortt. “It’s an extreme example, but if a CBD company says its product cures cancer, some people might believe it and give up chemotherapy,” he said.

Claims on labels are not the only verbiage subject to scrutiny. Any marketing materials, including on the web, that contain unverified medical or health claims may put a company at risk, Shortt said. Consumers’ comments on websites, for example, especially if the comments endorse products for specific ailments, could expose companies to liability. “You don’t get cover by attributing claims to a user of your product,” Shortt warned.

Being vague doesn’t help, either. “The worst cases are ‘CBD cures X disease,’” Shortt said. “But it doesn’t have to be that explicit to get the attention of the FDA. [The agency] will enforce the rules for much less.”

So what’s a company to do? “Rely on word of mouth [not written endorsements] for health claims and otherwise focus on the products’ qualities,” he said. For example, “concentrate on the source of materials or the extraction method. Otherwise, rely on people doing their own research.” After all, Shortt noted, it’s not like the internet isn’t stuffed with people talking about CBD’s various presumed benefits, both valid and specious. Just don’t encourage those conversations to show up on your website and don’t post them in your social media channels.

State laws and regulations also present a quagmire. As more states legalize the sale of medicinal cannabis, they increasingly are passing strict laws about label claims. For example, medical professionals in legal states can recommend CBD to treat arthritis pain, but that doesn’t give a CBD maker permission to say a CBD product relieves such pain.

So far, FDA enforcement has been limited to sending warning letters. That’s scary enough on its own, as several CBD companies recently learned. But the agency is authorized to do much worse, such as secure court injunctions or assess heavy fines. Any FDA enforcement action carries with it not only reputational risk, but also the possibility of incurring large legal fees.

Few people in the CBD business are as enthusiastic about the potential medical and wellness benefits of cannabis as Paul Benhaim, founder of several cannabis companies including Elixinol Global and Hemp Foods Australia. On his companies’ Australian website, HempFoods.com.au, Benhaim doesn’t hesitate to talk up the health benefits of his products. But Elixinol.com, the website for the Colorado-based U.S. division of Elixinol Global, doesn’t mention them at all. “We are not a medicine company in North America,” Benhaim said, adding Australian laws treat cannabis differently from laws in the U.S. “That’s why we’re [marketing CBD products the way we do] in Australia.” His advice to American manufacturers and vendors echoes Shortt’s: In the U.S., “just don’t do it.”

CBD and the FDA
According to the FDA, CBD’s use in dietary supplements is prohibited under federal law. The determination has less to do with the substance’s source than with the intricacies of FDA regulations.

In June 2018, during an annual event hosted by the Natural Products Association, Robert Durkin, deputy director of FDA’s Office of Dietary Supplement Programs, explained CBD is excluded from the list of allowable dietary supplement ingredients because at the time the substance was the subject of investigational new drug applications. In other words, the moment GW Pharmaceuticals filed an application to present Epidiolex for FDA consideration, CBD became a prohibited ingredient.

Efforts are underway to demonstrate CBD was available in consumer products prior to the date of GW’s application. In addition, CBD advocates claim GW’s product contains an extremely refined isolate that resembles the broader-spectrum consumer product ingredient in name only. A finding in favor of either stance would invalidate the ban.

Although FDA officials have said the agency has neither the manpower nor the time to rein in a galloping market, that may change soon. Legal and financial analysts expect GW to pressure the FDA to step up enforcement actions against CBD product manufacturers and retailers now that Epidiolex is available by prescription in the U.S.