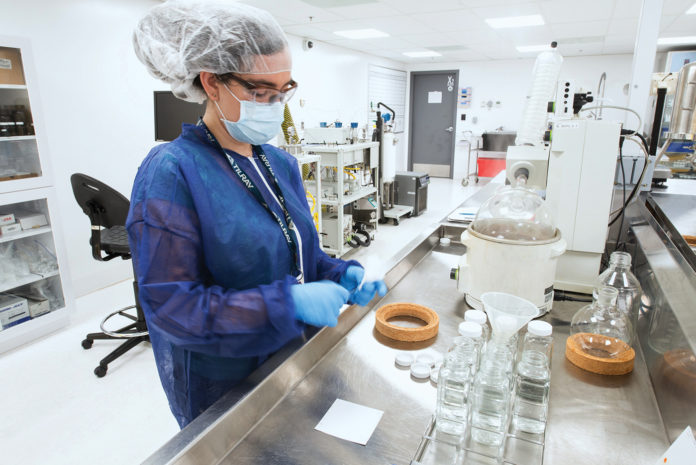 Arguments for cannabidiol’s effectiveness in treating human and animal ailments exist on a spectrum from near-total confidence CBD can relieve epileptic seizures to extreme skepticism about the substance curing cancer. On that scale, CBD’s reputation for pain relief lies somewhere in the middle. Precisely where depends on the type and source of pain.

Much pain is caused by inflammation, which scientists definitively have linked to the endocannabinoid system. Although research into uses for cannabinoid extracts is woefully lacking—thanks, in large part, to the United States government’s stubborn insistence weed is a dangerous, highly addictive drug—one 2016 study published in the peer-reviewed European Journal of Pain found applying CBD gel to rats reduced inflammation and, consequently, pain in the creatures’ joints. Surprisingly, the research was conducted at the University of Kentucky, where scientists concluded “transdermal administration of CBD has long-lasting therapeutic effects without psychoactive side-effects.” The data, they reported, “suggest transdermal CBD is a good candidate for developing improved therapies for these debilitating diseases [that cause joint inflammation].”

Studies involving humans are rarer and tend to be epidemiological rather than clinical—that is, they rely on surveys and patient self-reporting. In 2018, state health officials in Minnesota conducted a survey of medical marijuana patients suffering intractable pain. The researchers discovered more than 60 percent of the 2,200 patients they queried over five months found relief in cannabis-derived products. All the patients were new to cannabis as a pain palliative.

The research didn’t isolate the effects of CBD from those of tetrahydrocannabinol (THC), but the study is encouraging in light of “the entourage effect,” which theorizes the interplay between CBD, THC, and other cannabinoids, in varying ratios, is responsible for much of cannabis’s beneficial action. Patients often report products with high CBD content and low or no THC provide them with the best pain relief, especially when they don’t want the “high” that tags along with THC. Researchers at the University of Utah are now studying the entourage effect, applying science to anecdotal evidence by comparing the effects of high-CBD/low-THC preparations to the effects of high-THC/low-CBD preparations.

A 2008 meta-analysis (study of studies) by medical doctor and longtime cannabis researcher Ethan B. Russo found cannabis, and CBD in particular, is effective in alleviating chronic, difficult-to-treat pain. The study analyzed research conducted between 1980 and 2007. Russo also concluded CBD helps pain patients who suffer from insomnia to sleep better. “The future for cannabinoid therapeutics appears very bright, indeed,” he said. 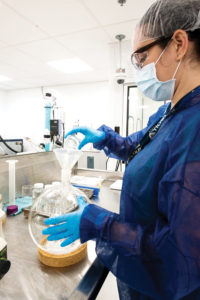 In these studies and others, doctors and researchers determined reducing inflammation was the key to pain management. Inflammation reduction is one of many factors that distinguish cannabis therapies from opioid therapies: Opioids affect pain receptors but do not address the underlying causes of pain. Remediating the underlying causes not only provides a less temporary, more holistic fix, but also precludes the nasty potential consequences opioids are infamous for inflicting: addiction and overdose.

CBD was found to reduce inflammation on its own in some applications, but in others, terpenes—fragrant oils secreted by the same glands that produce cannabinoids—played an equally important role. Terpenes, often called “essential oils,” form the basis for many legitimate pharmaceutical drugs as well as quack cures. In the case of cannabis, as in other medications, terpenes hold great promise, according to some researchers.

In cannabis, “the products that are of medical interest are the cannabinoids and terpenes,” said Nick Jikomes, principal research scientist at Leafly Holdings, corporate parent of the online consumer information resource Leafly.com. “Many of these compounds display anti-inflammatory activity, and it’s probably no coincidence that many of the ailments that seem to respond well to cannabis-based therapies are rooted in inflammation.”

Jikomes said canabinoids “have pharmacological properties that allow them to reduce inflammation, but they can act through distinct or partially overlapping mechanisms. That is important to consider, because there are many forms of pain and inflammation that arise through a variety of mechanisms. So, one form of pain or inflammation might respond well to one compound but not another or might respond better to a combination.”

Jikomes cited a study released in 2017 by the National Academy of Science, Engineering, and Medicine, “The Health Effects of Cannabis and Cannabinoids,” which examined some combinations. Researchers found “some forms of chronic pain might respond well to one treatment but not another,” Jikomes said. “This is why the specific chemical composition of a particular medical cannabis product or cannabinoid-based medication is so important.” The report, a meta-analysis, focused solely on human studies.

Describing the differences among various components can get very technical, but at the risk of oversimplifying: Cannabinoids interact with receptors in the body’s endocannabinoid system in a variety of ways. THC interacts with some receptors differently than CBD does. “THC is apparently a more powerful anti-inflammatory agent than aspirin and hydrocortisone,” said Jikomes.

CBD, meanwhile, “has very different pharmacological properties from THC,” he said. “A big reason for why cannabis products with different THC-to-CBD ratios will have different effects is that CBD…prevents compounds that activate THC receptors from [activating] as much as they would otherwise. So, when you take THC and CBD in combination, the THC won’t be able to activate [its] receptors as much is it would in the absence of CBD.”

But CBD does even more, which, along with its lack of psychoactive properties, is why CBD is so heavily used in pain management. “CBD interacts with a large variety of receptor systems, including serotonin and opioid receptors,” Jikomes explained. “‘Promiscuous’ compounds like this are potentially very interesting from a clinical perspective, because they influence many different receptor systems simultaneously. Many symptoms and disease states have complex causes that involve a variety of receptor systems, so drugs that target multiple receptor systems could prove to be especially useful in some of those cases.”

It’s important to remember the endocannabinoid system is a complex network that interacts with complex compounds in complex ways. The compounds interact with one another, as well. Until more research is allowed, making specific recommendations will remain all but impossible.

When prohibition ends, science will be able to provide answers, and maybe cannabis will be proven a bona-fide “wonder drug.” Until then, people in pain may assume the natural remedy called cannabis is worth a try…but they’ll probably have to try their own experiments to find what works best for them.