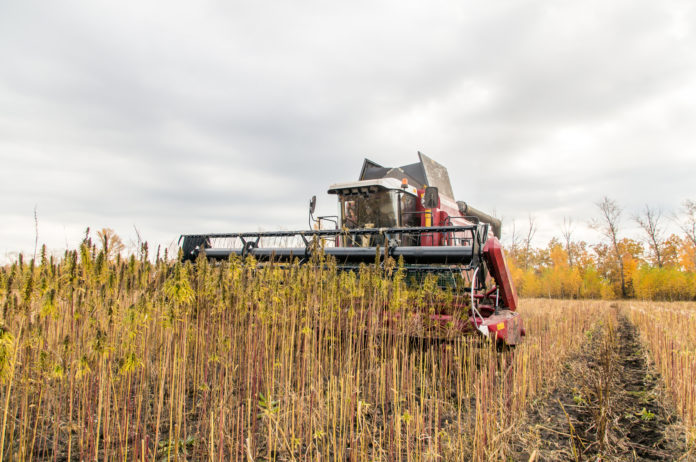 WASHINGTON, D.C.- The 2018 Farm Bill has been passed by Congress and is awaiting the signature of President Trump. The massive $867 billion dollar bill is expected to include a provision that would legalize the cultivation of industrial hemp. Many analysts are expecting the hemp and CBD industries to skyrocket in growth in the coming years.

The Farm Bill would remove industrial hemp from the federal government’s banned listed of controlled substances. It would also give states a chance to regulate its own hemp production laws. With a federal change in hemp’s legality, farmers could apply for crop insurance, something they cannot do under the current regulations.

The surge in hemp production is largely being driven by the explosion in CBD’s popularity. CBD is a cannabinoid, but unlike THC, it does not produce a psychedelic effect for users. CBD products are used to alleviate a variety of ailments including anxiety, pain, and sleep deprivation.

Many CBD producers and advocates are encouraged by hemp’s inclusion in the Farm Bill. However, there are still some concerns over how CBD will be regulated going forward.

“The farm bill is an important step forward, I think it will solve some problems with respect to the legality of CBD, which is kind of a murky area,” Martin A. Lee, Director of Project CBD, an organization that highlights the benefits of CBD and publicizes research on the compound, told mg. “However, it will create some other problems and will highlight the shortcomings of federal policy toward the cannabis plant.”

Lee fears that the extraction process of CBD puts producers in an awkward legal position.

“You have a situation where it will become legal to grow hemp federally, but when you extract and concentrate the oil it will be above .3% THC, so it will become illegal,” Lee explained. “So everyone involved in that process will be breaking both federal and state law unless the specific state’s medical marijuana law allows the growing hemp, which is not always the case.

“You can legalize the growing of industrial hemp to extract CBD, but then you have other legal problems that are not resolved because the Controlled Substance Act still exists,” Lee said.

“The Controlled Substance Act is based on lies and racism,” according to Lee. “The Farm Bill does not simply negate that law. It still exists, and as a result, there will be problems and legal challenges.”