“Nano” has become one of the latest buzzwords appearing on CBD packaging, but consumers and companies are confused about what the word really means. As a cannabinoid scientist, I make a lot of products for many different ingestion methods. In particular, I develop a lot of edibles that utilize hydrosoluble emulsions and nanoemulsions. So, let me tell you a little about them and how they really work.

As you’ve probably experienced, the effects of cannabinoids can be very different depending on the method of administration. Smoking and vaporizing deliver effects very quickly. However, oral administration, such as via beverages, tinctures, and edibles, is a totally different story. Edibles’ pharmacology (e.g., drugs’ uses, effects, and modes of action) can be complex depending on the type and concentration of cannabinoids and the food matrix.

For a common edible containing oil-soluble cannabinoids, the absorption happens as follows. In the stomach, an enzyme (stomach lipase) starts to degrade the cannabinoid (fat) and chops the fat into small droplets. Then, another lipase from the pancreas binds to these droplets. Finally, bile salts from the gallbladder make the droplets water-soluble in order to complete digestion. In simpler language, cannabinoids need to be converted into an emulsion before they can be absorbed, but the whole process is associated with low bioavailability, delayed onset of action, and poor reproducibility.

To overcome these obstacles, cannabinoids may be incorporated into oil-in-water emulsions or nanoemulsions before being ingested. This enhances the delivery of oil-soluble (lipophilic) bioactives by making them behave like water-soluble (hydrophilic) compounds. It should be noted that few companies specifically design the composition and structure of their products to control bioavailability. Unfortunately, this means if you work with these companies you are leaving a lot of bioavailability on the table.

Perhaps you have heard about nanotechnology and imagine something like little robots doing wonderful things. In reality, “nano” is a prefix meaning “one billionth.” It is used with the metric system as a stand-in for nanometers (nm), which just means a one-billionth part of a meter. As mentioned before, fats must be emulsified to be digested, but the ability of bioactive fats to interact with cell membranes in the stomach also is enhanced when the droplet size is decreased, thereby boosting their biological activity. This means an emulsion is a great way to increase the bioavailability of cannabinoids, but a nanoemulsion in which the droplets are 100nm or smaller is even better.

Nanoemulsions can be defined as oil-in-water emulsions with droplet diameters ranging from 50nm to 1000nm. Usually, the average droplet size is between 100nm and 200nm. Nanoemulsions are by far the most advanced nanoparticle system for the systemic delivery of biologically active agents for controlled drug delivery and targeting. They increase the water-dispersibility of bioactives, protect bioactives from chemical degradation, increase their bioavailability, and target the release of bioactives within the gastrointestinal tract.

Like emulsions, nanoemulsions contain emulsifiers, oil-soluble molecules (e.g. cannabinoids), medium-chain triglyceride (MCT) oil, and water-soluble molecules (e.g. water and sugars). However, to develop a stable and efficient emulsion we must consider physicochemical characteristics such as viscosity, density, refractive index, and interfacial tension, as well as the stability of the nanodroplets. So, they are not easy to make. To create an emulsion, the hydrophobic (oil-soluble) cannabinoids must be trapped inside some form of “colloidal” particle before they can be dispersed into water. These colloidal particles typically have an oil-soluble center in which the cannabinoids are dissolved and a water-soluble shell that is in contact with the water. This allows the formation of droplets suspended in a liquid. Examples of emulsions are milk, mayonnaise, and chocolates. Nanoemulsions have some advantages compared to emulsions:

The main components involved in the preparation of nanoemulsions are:

Making a nanoemulsion requires a lot of energy. The procedure should not only produce nano-size droplets, but also maintain the stability of the droplets. The methods used are high-pressure homogenization, ultrasonication, phase inversion, and micro fluidization (patented). Let us briefly see the theory behind each of these procedures.

High-pressure homogenizers: Due to intense pressure, the interface between the water and oil is deformed to such an extent the formed droplets are broken up into smaller ones. This method requires a lot of energy, either mechanical or chemical. A high-pressure homogenizer is generally used by milk processors to reduce the size of fat globules and make milk solids uniform.

Ultrasonication: This is one of the best methods to produce nanoemulsions on a small scale; it cannot be done on a large scale. In this method, sound creates waves that move the molecules rapidly, causing the oil drops to move around the liquid and become dispersed. Also, the sound waves generate a lot of turbulence, which helps the oil droplets break down into nanoparticles.

Phase inversion: Energy produced by chemical reactions is used in this method. Chemical energy is a result of phase transitions taking place through emulsification. Phase inversion is a very sophisticated process that changes the solubility of the surfactants by varying factors such as temperature and concentration.

Spontaneous emulsification: This is a low-energy process. The method is performed at ambient temperature without any special equipment. Just add water to a solution of oil and surfactant and stir gently. The process depends on phase transition area, surfactant concentration, surfactant structure, interfacial and bulk viscosity, and interfacial tension. It has a big limitation: The oil concentration is lower than with other methods.

Micro fluidization: This method is more efficient than the previously explained methods, but it requires very specialized equipment called a microfluidizer. The microfluidizer is a high-pressure static mixer. It requires control of several parameters and many factors that affect the synthesis of the nanodroplets, including the type of chamber in the equipment, the number of reservoirs in the equipment (one or two), rheological properties of the ingredients (how the ingredients deform or flow in response to applied forces or stresses), type of emulsifier, re-coalescence of emulsion droplets (how fast small droplets come back together to form bigger droplets), and the time and energy applied during the process. The process is the most efficient, but also the most complicated, specialized, and expensive. 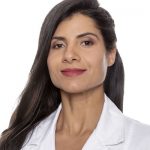 Carolina Vazquez Mitchell is the creator of Luchador and sleep aid dreamt, which she formulated to treat her own insomnia during chemistry PhD studies at University of Southern California. She has developed more than fifty cannabis products, ran a cannabis testing lab, and was named one of DOPE Magazine’s Outstanding Women in Cannabis. CienciaLabs.com