With CBD (cannabidiol) becoming mainstream, many are asking how the U.S. Food and Drug Administration will regulate hemp-based products going forward. The 2018 Farm Bill, which was signed in to law in December 2018, exempts hemp and hemp-derived products, including hemp-derived CBD, from the Controlled Substances Act (CSA). Prior to passage of the Farm Bill, there was widespread confusion about the extent of the “legality” of hemp-derived CBD, with many commentators and even some legal experts conflating legality under the CSA with legality under the Food, Drug, and Cosmetics Act (FDCA) and state food and drug laws. This confusion prompted FDA Commissioner Scott Gottlieb, M.D., to issue a public statement clarifying Congress had explicitly preserved the FDA’s authority to regulate products containing hemp-derived compounds under the FDCA.

A product containing a cannabinoid (including CBD) potentially may be considered a drug, food, food additive, dietary supplement, or cosmetic, depending upon how the product is marketed and sold. How aggressively these products are policed by the FDA and state agencies depends on the nature of the product and how it is defined under the FDCA and state law.

Under the FDCA’s drug exclusion rule, once a substance is an active ingredient of an approved drug product or an active ingredient of a product in clinical trials that have been made public, a food or supplement containing that substance cannot be shipped in interstate commerce. Because the FDA previously authorized investigation of CBD and THC as new drugs—for which substantial clinical research already had been conducted and made public—CBD is considered a drug. The FDA has cited Epidiolex and Sativex as examples of clinical investigations regarding CBD that have been made public. Epidiolex was approved by the FDA in June 2018 for treatment of childhood seizures associated with two rare forms of epilepsy. The FDA has therefore concluded that CBD products are, in fact, drugs and require FDA approval under the FDCA. The new-drug approval process is exorbitantly expensive. In 2016, the Journal of Health Economics estimated the average cost per approved drug at well over $1 billion.

Under the FDCA, food generally is defined as any item consumed primarily for taste, aroma, or nutritive value. It is doubtful cannabinoid products would satisfy this test. In any event, the FDA has concluded CBD must be excluded from foods due to the drug exclusion rule discussed above.

CBD as a ‘food additive’

Every ingredient in a food sold in interstate commerce is a food additive and subject to FDA pre-approval requirements, unless an exception applies. Prior to adding a new food additive to a conventional food, one must obtain approval of a food additive petition, which can take years to complete. The primary exception is for a substance that is “generally recognized as safe,” also known as GRAS. A substance is GRAS if it is shown to be safe using “scientific procedures” or if it was used in food before January 1, 1958, and shown to be safe through “experience based on common use in food.” Although GRAS determination has been made in the case of hulled hemp seeds, hemp seed protein, and hemp seed oil—which do not contain CBD—the FDA concludes further research is needed for CBD and presumably other cannabinoids, as well. Future GRAS applications certainly will be made for CBD, but this must be done in accordance with the scientific process and will take time.

CBD as a ‘dietary supplement’

The FDA has concluded CBD products are not dietary supplements under the FDCA or the Dietary Supplement Health and Education Act (DSHEA) due to the drug exclusion discussed above. There is an exception if the substance was marketed as a dietary supplement before the drug was approved or the trials started. The FDA has concluded, however, that “this is not the case for … CBD” based on available evidence. Another exception involves the substance being marketed as a dietary supplement before October 15, 1994. Again, there is no substantial evidence of this type of marketing activity for any cannabinoid prior to that time. If no exception applies, it is necessary to submit a premarket notification to the FDA with results of premarket safety testing for the proposed dietary supplement.

One potentially could market a dietary supplement containing a cannabinoid-based new dietary ingredient if there was a “history of use or other evidence of safety” establishing that when used according to the direction in its labeling, the ingredient will “reasonably be expected to be safe.” One first must submit a new dietary ingredient notification (NDI notification) at least seventy-five days before introducing the supplement to market. The FDA may send a “no objection” letter, but in the absence of a response from the FDA, one may legally market the dietary supplement after seventy-five days has expired. There is substantial risk of attempting to market any dietary supplement through this route without reliable scientific evidence of safety.

CBD as a ‘cosmetic’

Cosmetics are less heavily regulated by the FDA than food and drugs, and the agency has not yet taken a public position on the use of CBD or other cannabinoids in cosmetic products. A company that wishes to market CBD in cosmetics should proceed with caution and recognize agency policy may change with little or no notice.

Currently, flower that is smoked and oil that is vaped lie outside scope of the FDA’s statutory mandate. Flower and oil that are ingested though smoking or vaping do not qualify as a food, supplement, or other substance over which FDA has regulatory authority. So long as no health or disease claims are made, these products also do not qualify as a drug under the FDCA.

Between 2015 and July 2018, the FDA sent several warning letters to companies that sold CBD-infused oils and food products in interstate commerce with associated health claims, but it took no other visible enforcement action against those companies. Since passage of the Farm Bill, however, there have been numerous reports of stepped-up enforcement action in several states by the FDA and state authorities. There are reports of unannounced inspections and CBD product embargos ordered by authorities in California, New York, and several other states. FDA personnel reportedly have participated in some of these inspections, with state personnel as the apparent lead agency. Several states and cities, including California, Maine, North Carolina, Ohio, and New York City, have banned CBD-infused food products under state and local laws. As cannabinoid-based products continue to enter interstate commerce, one should expect to see an increasingly robust response from both the FDA and state authorities.

On February 11, 2019, the FDA announced a broad new initiative to modernize dietary supplement regulation and oversight for the purpose of ensuring FDA achieves the right balance between preserving access to lawful supplements while protecting the public from unsafe or unlawful products. The impact of this new initiative on the legal pathway for CBD remains unclear at this time.

Regarding a possible easing of restrictions on CBD and other cannabinoids, the FDA’s public statement unfortunately contains only a vague assurance that the FDA will “make the pathways for the lawful marketing of these products more efficient.” What this means is unclear. Although the statement references FDA’s authority to “issue a regulation allowing the use of a pharmaceutical ingredient in a food or dietary supplement,” it makes clear FDA will do so only if all other requirements in the FDCA are met, including those required for food additives or new dietary ingredients. These are not insignificant hurdles, as discussed above. The process can take years and often is exorbitantly expensive. In the meantime, the FDA remains under pressure due to intense public interest in these products.

This uncertainty has prompted multiple letters from Congress to FDA Commissioner Gottlieb. Oregon’s two senators recently requested Gottlieb update “outdated regulations” prohibiting the sale across state lines of food products containing CBD. On February 15, 2019, a bipartisan group of members of Congress also sent a letter to Gottlieb calling on FDA to “swiftly provide guidance on lawful pathways for food products with CBD.” The letter references significant confusion surrounding CBD and points out “numerous states are pursuing legislative efforts that would allow for the intrastate commerce of food products with CBD, potentially leading to a patchwork of state regulations.”

Following receipt of the letter, Gottlieb testified before the House Appropriations Committee on February 27, 2019. In his testimony, he detailed the start of new regulatory plans for CBD. Initially, the FDA will hold a public meeting in April to hear from industry stakeholders about effective hemp-derived CBD regulations. Gottlieb also mentioned the FDA is forming a work group with “some senior officials in the agency” to study regulatory options for CBD. He noted that creating a regulatory framework for CBD “is not a straightforward issue” because CBD is a compound in an existing FDA-approved medication; therefore, under the FDCA, it cannot be added to products intended for human consumption. Nevertheless, hinting at a possible regulatory framework, Gottlieb said “CBD could potentially exist in a high-concentration, pure formulation as a pharmaceutical product” while also existing at lower concentrations that could be sold as foods and dietary supplements.

With respect to timing, Gottlieb acknowledged the possibility that promulgating CBD regulations could take longer than expected and testified he will seek congressional guidance to “have a discussion about whether or not there are other frameworks that could help address this” if the FDA determines the pathway to CBD regulations could be a multi-year process.

The expectation that the FDA will liberalize its position on CBD comes at a time when the agency is preparing to take a more aggressive stance on regulating the dietary supplement industry. Consistent with Gottlieb’s recent congressional testimony, one should expect the FDA to maintain a fairly consistent position that CBD and other cannabinoids must follow the scientific process like any other chemical component, which will take many months at the minimum. Until then, vigilance is required. 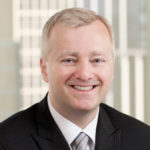 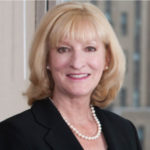