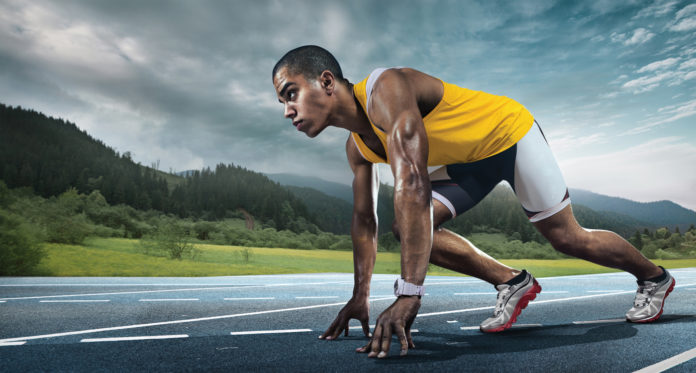 CBD products can, and have, changed athletes’ lives. From pain tolerance to concentration, recovery, and stress reduction, professionals are discovering a remarkable breadth of ways to employ phytocannabinoids for better health. Leagues and competition regulators slowly are revising their stances on the cannabinoid spectrum, but athletes and those who counsel them about product selection must make sure they stay up to date about changes to rules and regulations.

Many people dream of sporting glory, but the reality of being an elite athlete can take a physical and mental toll. Careers are short, there are very few winners, and most athletes expose themselves to physical and psychological stress that is on par with that experienced by firefighters, police officers, and soldiers. It’s no surprise professional athletes are incorporating cannabidiol-based products into their daily training regimens to address aches, pains, and anxiety.

Practical application
Studies suggest CBD, which is extracted from cannabis plants and does not have psychoactive properties, can act as an anti-inflammatory, treat anxiety, and encourage alertness. Several high-profile athletes who daily put their bodies through punishing routines—including current and former NFL players Derrick Morgan, Eugene Monroe, and Marvin Washington and UFC fighters Yair Rodriguez and Nate Diaz—are regular CBD users and are pushing for its wider acceptance in professional sports.

For example, Monroe rubs CBD oil onto his joints and vapes with a CBD pen. Rodriguez and Diaz both have claimed CBD helps them reduce the recovery time between fights and training sessions and helps them sleep. Diaz memorably vaped CBD oil during a press conference after he was defeated by Conor McGregor in 2016. “It’ll make your life a better place,” he told journalists.

At the time, Diaz caused a stir because CBD was on the World Anti-Doping Agency’s (WADA) list of substances that are prohibited regardless whether used during or outside of competition. However, WADA removed CBD from the list in 2018, as did the United States Anti-Doping Agency (USADA).

These kinds of evolutions are putting athletes at the forefront of the movement to make cannabis as a whole, and hemp-derived CBD in particular, a more widely accepted substance. Former NFL player Washington, for example, is part of a plaintiff group challenging the 1970 Controlled Substances Act that classifies THC-bearing cannabis—otherwise known as marijuana, to distinguish it from hemp—as a Schedule I drug, putting the plant on a par with heroin.

Take heed
Until marijuana is legal, athletes must tread carefully. The National Hockey League and Major League Baseball have opted not to punish players who test positive for THC. But it’s still a minefield out there for most athletes. The USADA has cautioned that CBD-based products could contain other cannabinoids, including THC, which are prohibited in competition. WADA has offered more leniency, although THC remains blacklisted. The organization lifted the urinary threshold for the substance from fifteen nanograms per milliliter to 150 nanograms per milliliter in order to lower the risk of athletes testing positive because of recreational cannabis use outside of competition. WADA’s essential anti-doping rule for professional athletes revolves around the legal principle of “strict liability,” making athletes ultimately responsible for whatever they ingest. “If it is in your body, you are responsible for it,” said the organization in its Athlete Reference Guide.

So, professional athletes using CBD-based products, which may contain up to 0.3 percent THC by dry weight, need to be hypervigilant to avoid ending up on the wrong side of anti-doping laws. Cannabinoids and their metabolites may remain in the body long after athletes have used them, although the USADA warns that forecasting exactly how long is an imprecise science. That’s because the concentrations of cannabinoids in blood and urine depend on dose size, means of administration, and an individual’s biology. It could take months for evidence of cannabis use to no longer show up in an athlete’s urine samples.

Professional athletes using CBD-based products need to be hypervigilant to avoid ending up on the wrong side of anti-doping laws.

Athletes who are considering using CBD or marijuana also need to be aware of the current legal status of the substances in the U.S., just like any other citizen. There was considerable excitement late last year when the U.S. Drug Enforcement Administration approved Epidiolex, an epilepsy drug containing a purified form of CBD oil derived from cannabis. However, marijuana is still illegal at the federal level. Even though CBD was legalized in the 2018 Farm Bill, the presence of trace amounts of THC in some products leaves CBD in a decidedly gray zone where athletes are concerned.

There are hopeful signs on the legal front for hemp-derived CBD. The 2018 Farm Bill allows hemp to be grown commercially anywhere in the U.S. Given that hemp is ready for harvest in just four months, this suggests we soon will see a boom in the availability of CBD products. The U.S. hemp-derived CBD market alone could be worth $22 billion by 2022, according to market research firm Brightfield Group. It may be just a matter of time before CBD becomes a common sight in the locker room. 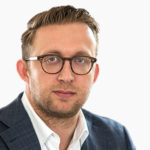 Jason Vegotsky is chief revenue officer for KushCo Holdings. An entrepreneur with an extensive background in sales and business development, he graduated from Bucknell University with a Bachelor of Arts in economics. He is passionate about implementing processes, improving strategy, and increasing revenue. Prior to KushCo, Vegotsky was the co-founder of Summit Innovations Inc., and the driver of the company’s business development. As CRO, leading the company’s main business unit, he leads a team of more than forty-five professionals working in sales, operations, shared services, and project management. He also is responsible for expanding the company’s physical presence nationwide in every major cannabis market.