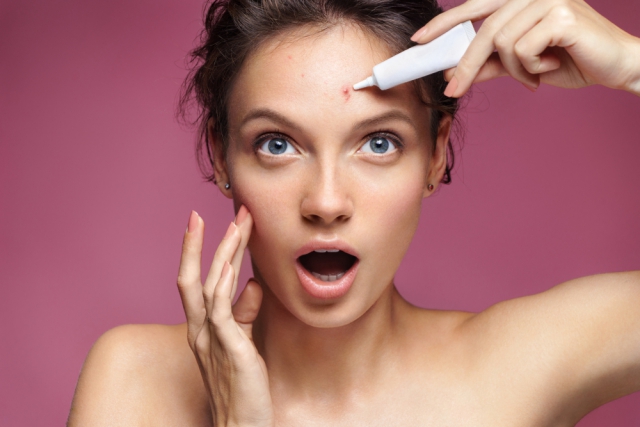 Anecdotal evidence of the benefits of CBD, aka cannabidiol, is plentiful and interest in CBD is increasing, as supplementing with cannabis-derived oils and extracts becomes the hot, new trend for the health and wellness set.

That should come as no surprise–CBD, extracted from hemp or cannabis, has also been medically proven to be effective in treating serious health conditions, including epilepsy, cancer, and intractable pain. These beneficial effects are due, in part, to CBD’s potent anti-inflammatory, anti-nausea, and pain-relieving properties, which seem highly effective where traditional medicines have failed.

CBD has been shown to have minimal toxic effects, if any, and no one has fatally overdosed on it or other cannabinoids. Like other cannabinoids (including psychoactive cannabinoid THC), CBD works with receptors in the endocannabinoid system, located throughout the bodies of all mammals (and you probably have already heard that CBD might also benefit your pets).

Here are three conditions in which CBD could have beneficial effects that you may not have heard of; all helpful in common situations that most of us have experienced (maybe repeatedly)–and where a healthy dose of CBD could help:

Think about it. CBD is a powerful anti-inflammatory, anti-nausea, and pain relief supplement, which pretty much sounds like exactly what you need when you feel like your brain is going to explode from too much imbibing of alcoholic beverages. CBD also fights anxiety, to promote feelings of calmness and well-being. As far as hangover remedies are concerned, it’s always important to maintain adequate hydration, but adding some CBD to your rehab sounds like it could actually help.

In fact, some people who supplement with CBD have found it helps them prior to a bout of drinking; maybe through maintaining better health overall for CBD users, while some claim CBD helps the liver process toxins more effectively. An entire Reddit thread is dedicated to the discussion of CBD and alcohol, with proponents stepping up to testify about their own experiences with CBD and, in some cases, actually enhanced having a few drinks by effecting them with improved mood (whereas alcohol has been shown to be a depressant).

A 1979 study also showed that the effects of CBD, when administered to subjects that also drank alcohol, seemed to be indistinguishable. But study researchers did find that CBD use seemed to result in lower blood pressure while using alcohol for subjects they tested.

One sure way to use CBD and stay refreshed? CBD water, which could be the next big thing in designer water. CBD-infused coffee, for the morning after, also is an option.

Here’s one that many budtenders swear by–if you get too affected by products containing THC and experience a feeling of anxiety or being “too high,” the cure is to take some CBD, which will lessen the symptoms. While the evidence for this is mostly anecdotal, from a scientific perspective, it’s a remedy that makes sense. If too much THC is affecting your endocannabinoid receptors, then when CBD rushes in to muscle in on those same receptors, it helps knock down THC’s effect.

On Reddit, where many redditors seem to have an active interest in cannabis, there is also a thread on CBD and getting too high. A user named KiiingLouie wrote, “CBD is the antidote for being high as f. from person experience it killed my high completely… it’s all about dosing though so it won’t kill your high.” Several people on the thread also suggested having a fast-acting CBD product on-hand, like CBD isolate for vaping, just in case you get a little too much THC.

Dr. Joe Cohen, of Holos Health in Denver, told media site Lifehacker the same thing. He recommends CBD as a quick antidote for a high gone too high. Since some sativa strains can, in high dosages, produce an energized state, over-impairment, or anxiety that can be uncomfortable, those concerned with a negative reaction might also consider regularly supplementing with CBD, to help with any unwanted effects or anxiety.

In any case, neither CBD nor THC will cause toxic reactions, so getting too high is the worst-case scenario.

Cannabinoids have antiseptic properties. A 2008 study stated, “All five major cannabinoids (cannabidiol (1b), cannabichromene (2), cannabigerol (3b), Δ9-tetrahydrocannabinol (4b), and cannabinol (5)) showed potent activity against a variety of methicillin-resistant Staphylococcus aureus (MRSA) strains of current clinical relevance.” MRSA is a serious bacterial staph infection that occurs frequently in healthcare settings, often affects elderly patients, and can be resistant to conventional antibiotic treatments.

So, if cannabinoids, including CBD and THC (aka tetrahydrocannabinol), have antiseptic effects, then skincare products infused with either hemp or whole plant cannabis oil may have actual benefits for treating skin conditions like acne and breakouts.

On skincare blog HealthySkinGlows.com, blogger Sara touted CBD for acne, not for its antiseptic properties when applied topically, but for CBD’s calming effects, since breakouts can often be caused by stress.

In an experiment conducted on/with Sara’s sister Anja, the sister used a five percent CBD sublingual tincture for 21 days. At the end of three weeks, Anja found that using CBD seemed to successfully treat her hyperpigmentation–and she had the added benefits of increased “patience” and being “less clumsy.”