A friend of mine owns a CBD company. They have developed great products that are expertly made and fully tested. They invested in a great logo and have a superb brand. The company’s marketing materials and packaging are first-rate, and the products are fantastic. So why are they having such a difficult time getting their products into retail stores?

The answer is quite disturbing.

Today, well-funded companies literally are dumping products into the market, giving some away for free and offering others on consignment in an attempt to obtain coveted shelf space and grab market share.

Of course, well-funded companies can afford to give away tons of product in the hope it will sell, knowing full well the plethora of companies without as big a war chest will not be able to compete.

While this brute-force marketing approach certainly will create some big brands, it robs consumers of meaningful choices and keeps some wonderful, high-quality products out of the brick-and-mortar market.

Ultimately, the consumer is the loser. Robbed of choice, consumers are forced to select from a few large corporate brands that have, in essence, purchased their market share.

The practice is old hat to some of the biggest names in America. Coca-Cola and its rival, Pepsi, are notorious for controlling shelf space and keeping new brands out of the market. At last count, Coca-Cola owns (fully or partially) more than 3,500 beverage types and more than 500 different brands.

Soft drink sales in the United States are an astonishing $246 billion per year, and more than 89 percent of the market is controlled by just three companies. Think about that for a minute.

Through powerful and complicated agreements with retailers, Coke and Pepsi dominate shelves with a bevy of products—many of which are not intended to generate gobs of profits but exist simply to occupy shelf space that otherwise could be allocated to competing brands.

If this sounds wrong, it used to be. Coke and Pepsi have been hauled into court many times to defend their predatory practices. But today, laws favor corporations over competition.

Along the aisles at Wal-Mart and Target, it doesn’t seem there is any lack of choice. This is misleading. Barry Lynn, author of Cornered: The New Monopoly Capitalism and the Economics of Destruction, revealed how a handful of giant companies determine much of what we purchase in virtually every major product category and how this practice would have been illegal just thirty years ago.

Today, the practices are used to destroy or devour competition while maintaining the illusion of open, competitive markets. Take a look at some product categories and how many companies control the space:

Much the same is true in food and farming. A generation ago, small, independent operations defined the entire industry. Today, the businesses of beef, pork, and poultry all are dominated by four giant corporations. Additionally, just four companies control 85 percent of corn seed sales. Only two firms control as much as 90 percent of the milk supply in some states and wield substantial influence across the industry.

Tim Wu, a professor of law at Columbia University and author of The Master Switch, said lack of competition causes some product categories, like eyeglasses, to remain strangely high priced. This is no doubt due to one company’s control of 80 percent of the global eyeglasses industry.

Beer drinkers will note recent consolidation in the industry has been paralleled with an increase in prices. As recently as 2000, the U.S. beer market contained twenty-two major players. Then came a flurry of takeovers and mergers that reduced the number to four by 2012. Today, just two companies control 90 percent of the U.S. beer market.

This is not an argument against large companies. They have an important role in our economy. But often, real innovation starts at smaller companies. Accordingly, it is a problem when small businesses are not able to offer their products to consumers due to monopolistic domination in many product categories.

And don’t think it’s just manufacturers that control the system. Major retailers enjoy being able to work with just a handful of companies to stock their shelves instead of having to deal with dozens or hundreds of vendors.

The result is a hierarchy of power in which a few immense manufacturers—with support of a few dominant retailers—govern almost all product choices and are able to wield incredible political power.

The situation might have been different had Thomas Jefferson and James Madison prevailed over John Adams and Alexander Hamilton in crafting America’s Bill of Rights. The former wanted an additional amendment guaranteeing freedom from monopolies in commerce. Seven years after his presidency, Jefferson wrote in a letter to a friend: “I hope we shall crush in its birth the aristocracy of our monied corporations which dare already to challenge our government to a trial of strength and bid defiance to the laws of our country.”

Don’t expect a turnaround anytime soon. Both corporate profits and personal wealth are soaring around the upper edges. Recent reports indicate the richest 10 percent now control 82 percent of total global wealth, and the top 1 percent have increased their share to record levels that now surpass the cumulative wealth of the entire middle class.

Perhaps former Supreme Court Justice Louis D. Brandeis said it best when he commented, “We can have democracy in this country, or we can have great wealth concentrated in the hands of the few, but we can’t have both.” 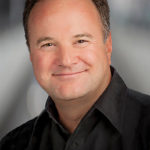 Randall Huft is president and creative director at the Innovation Agency. He discovered what works, what doesn’t, and what steps must be taken to achieve sales goals and gain market share while working with blue-chip companies including AT&T, United Airlines, IBM, Walgreens, American Express, Toyota, and Disney.